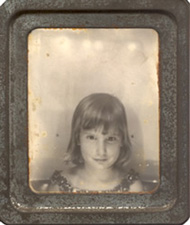 Mary Sherwood received her BFA from Tufts University and a diploma from the Boston Museum School, where she won a traveling scholarship in 1979. In 1980, she founded Artists Proof Cooperative Print Studio in Cambridge, Massachusetts. Artists Proof became the first print studio available for artists making monotypes in the Boston area. The Boston Public Library published a book in 2000, The Workshop Portfolio, recounting the history of Artist Proof and its effect on the artists that worked there. In 1985, she received an NEA grant for her prints, “in the wasteland” that were created at Artists Proof. After showing for many years in Boston, she moved to Los Angeles where she received an MFA from UCLA in 1992. From 1994 to 1997 she lived in Paris with her husband, Roy Conli and their two dogs. While living in LA, she has worked occasionally in theater and even more occasionally in film. Currently she teaches and is active in organizing exhibitions for the Los Angeles Printmaking Society.

Scroll to Top
We use cookies to ensure that we give you the best experience on our website. If you continue to use this site we will assume that you are happy with it.Ok